Standing at the intersection of two centenaries, guided by the spirit of the fifth plenary session of the 19th Central Committee of the Communist Party of China, China Re Group issued the “One-Four-Five” strategy, the new strategy of the “14th Five-Year Plan” on 3 September, insisting on making progress while maintaining stability and enhancing value, promoting the high-quality development of the Group, and building a world-class comprehensive reinsurance group with sustainable development capabilities and core competitiveness. 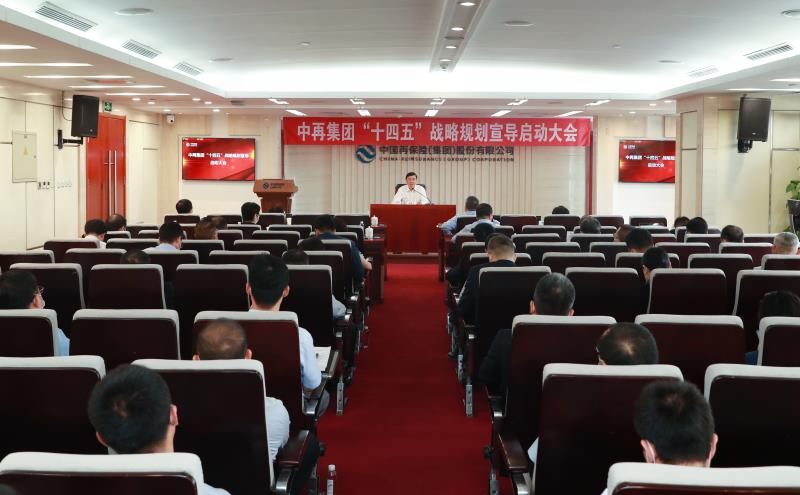 Looking back to the past five years, China Re Group has taken the “One-Three-Five” strategy as the main focus to practice the mission of the “national team” of reinsurance, and has been striving for a higher ranking in the world, continuously consolidating its market position with major breakthroughs in strategic layout and enhancing its comprehensive strength.

China Re Group maintained its position as a leading reinsurance channel. The Group entered into Fortune Global 500 for the first time, and its global ranking jumped from the eighth to the sixth. With its continuously expanding influence in the industry, the Group participated in the set-up of infrastructure such as life tables, critical illness tables, shipping insurance indexes and marine insurance risk curves, and continued to develop proprietary models for catastrophes such as earthquakes and typhoons and exported public products. The Group acquired the entire equity interest in the Chaucer Insurance Group, and expanded its overseas institutions covering 11 countries and regions, with a professional team of more than 500 people abroad.

China Re Group picked up a stronger development momentum. The Group implemented the “Digital China Re” strategy with significant increase in technology investment, and the three core systems were fully launched. China Re Group promoted the “product +, data +” strategies, delivering innovative products such as environmental pollution liability insurance, political violence insurance, terrorism insurance and other property insurance products, as well as multi-level personal protection products such as anti-cancer critical illness insurance and mid-range medical insurance, with a view to actively leading the industry to innovate.

Significant achievements were made in serving the national strategies. China Re Group assisted primary insurance companies to launch nearly 1,000 insurance products for pandemic prevention and control and resumption of work and production and offered RMB6.8 trillion of risk insurance to industries to actively contribute to the “ensure stability on the six fronts” and “maintain security in the six areas”. The Group helped Salar, the first regional ethnic minority group in China which is located in Xunhua County of Qinghai, to lift out of poverty as a whole, and launched the “poverty-returning prevention insurance” to provide more than RMB10 billion risk guarantee for people in areas that have already been lifted out of poverty. The Group took the lead in establishing the China Belt and Road Reinsurance Pool to provide localized services for China’s overseas interests in 136 countries and regions around the world. With the active advance and participation in the pilot of catastrophe insurance in various places, Chine Re Group served as the leading reinsurer of over 80% of local government catastrophe insurance projects, providing nearly RMB3 trillion of catastrophe risk insurance in aggregate. It developed China’s first Inherent Defect Insurance (IDI) information management platform for construction projects jointly built by government and enterprises to create an innovative model of social governance for insurance services, providing 77% of the underwriting capacity of China Agriculture Insurance and Reinsurance Community with the accumulated claim payment exceeding RMB30 billion, which fully supported the rural revitalization strategy. As the largest reinsurer of the insurance for the pilot of key technical equipment, China Re Group underwrote a series of key equipment manufacturing insurance to strongly support the strategy of “becoming a world manufacturing power” and created a new model of “products plus specialty drugs” and “specialty drugs plus social security” for people’s livelihood guarantee, supporting the launch of “People Benefiting Insurance” products in many cities across the country to bolster the “Health China” strategy.‍ 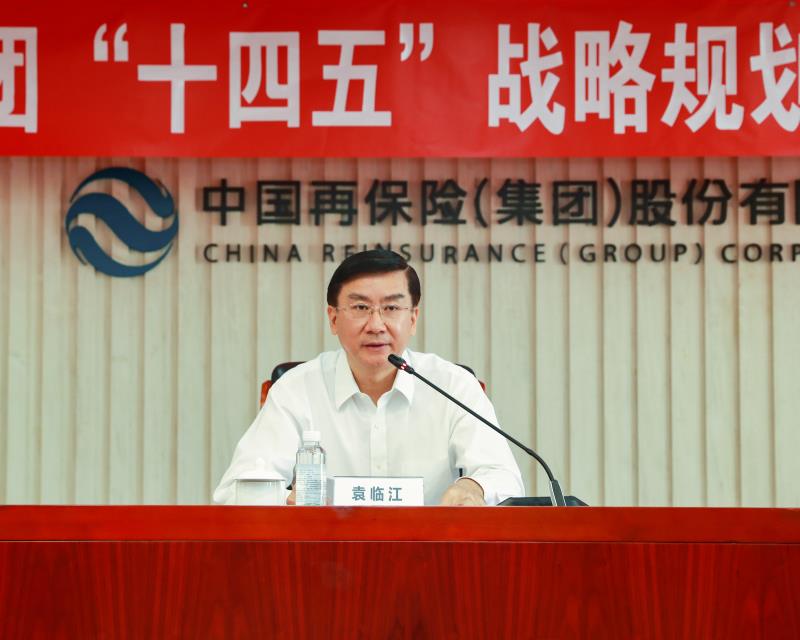 Staying true to our original aspiration, the high-quality development of the Company set out again guided by the “One-Four-Five” strategy

According to Yuan Linjiang, the chairman, the “14th Five-Year Plan” period is a critical stage for the innovation and transformation of China’s insurance industry. The “14th Five-Year Plan” strategy is the innovation and upgrading of the “One-Three-Five” strategy, which is the essence of collective wisdom of China Re Group.  On the basis of inheriting the core essence of the “One-Three-Five” strategy, China Re Group has upgraded and proposed the “One-Four-Five” strategy, which refers to one core, four pivots and five enhancements. “One core” is to focus on reinsurance business, strengthen the company’s core competitiveness of the national reinsurance team and promote the comprehensive layout of the industrial chain including primary insurance, asset management, digital technology and insurance agency while improving sustainable development capacity. “Four pivots” are to strengthen the building of capability, the Group’s management and control, and consolidate the foundation for development through product innovation, platform-driven, technology empowerment and global interconnection. “Five enhancements” are to achieve improvement in five aspects, namely value, data, ecosystem, talent and culture, accelerating data-driven development and ecosystem layout, concentrating core talent resources to reinforce corporate culture construction as well as corporate value, customer value and social value. ‍ 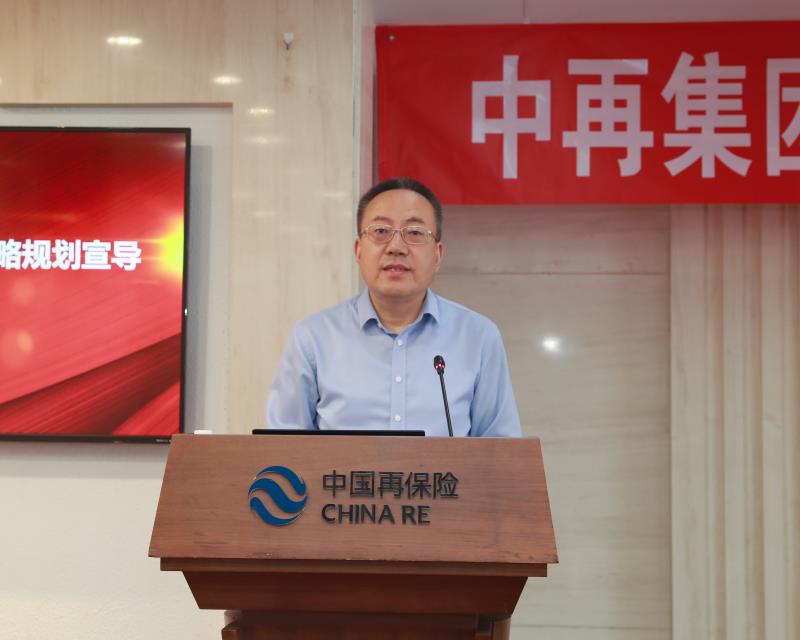 In addition to the release of the latest “One-Four-Five” strategy, China Re Group also released a brand-new corporate culture system, with the mission of “diversifying economic risks to ensure a better life for all”, the vision of “building a world-class comprehensive reinsurance group with sustainable development capabilities and core competitiveness”, as well as the core values of “integrity, expertise, cooperation and aspiration” and the business philosophy of “persistence and innovation for sound and prosperous growth”, so as to accelerate cultural-building of China Re Group, integrate and promote cultural construction and operation development for an overall prosperity. 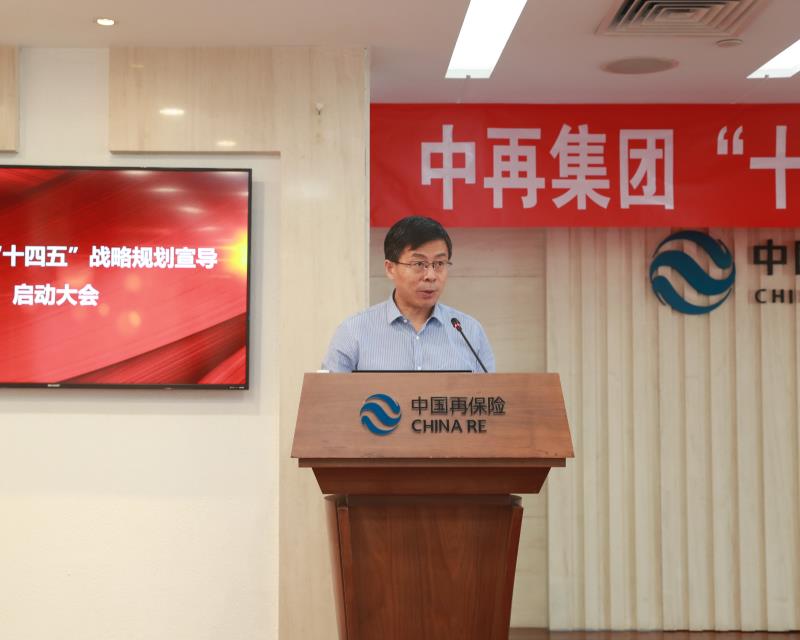