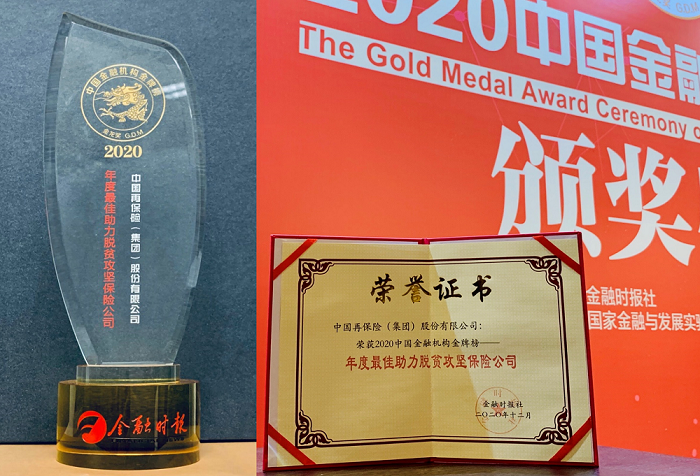 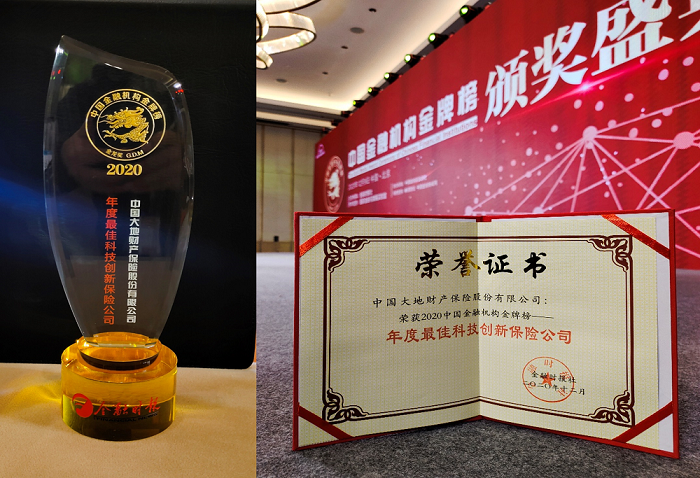 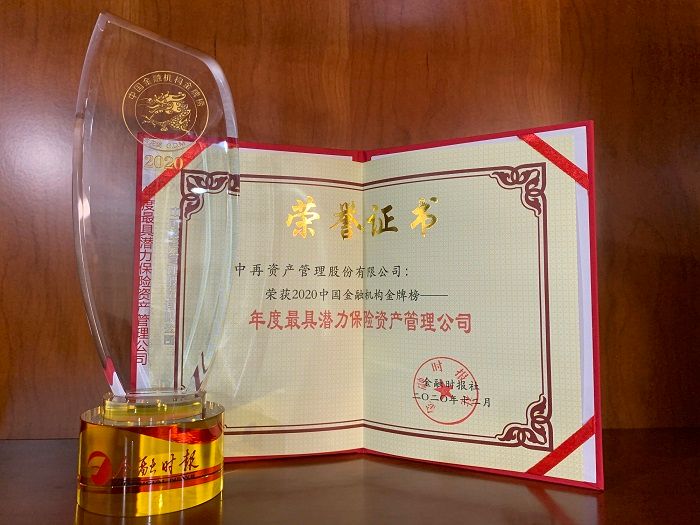 The “Golden Medal Award Ceremony of Chinese Financial Institutions - Golden Dragon Medal” was jointly organised by Financial News and a national research institute, with the aim to build the most authoritative selection brands in China’s financial industry. So far, it has become an important annual event in the domestic industry.

The selection is based on fairness, objectivity and information disclosure, taking key indicators into consideration such as premium income, profitability and credit rating of each participating unit for a comprehensive assessment. Authoritative experts and scholars in the industry were invited to conduct a review. Members of China Re Group’s system won in three award categories of poverty alleviation, technological innovation and asset management, fully demonstrating that the Group and its subsidiaries are highly recognised and affirmed by the financial industry as well as professional mainstream media by excellent performances and brand strength.