For 26 years since the establishment of this primary school, students finally put on their school uniforms - China Re Group organizes the school education and donation campaign titled “Caring for Rural China”

Autumn in Xunhua County, Qinghai Province is generally cooler with soughing wind. Yet, students from Guijilai Village Primary School in Jiezi Town were able to feel the warmth of all employees of China Re Group as they put on their school uniforms for the first time and sat in order on the school playground. They looked particularly smart in their blue and white uniforms with a red scarf around their neck on the green basketball court. 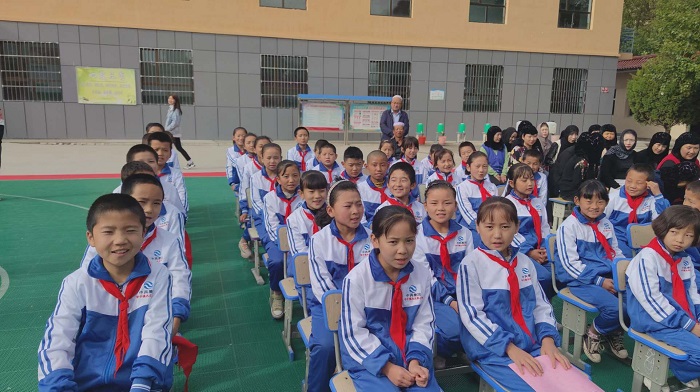 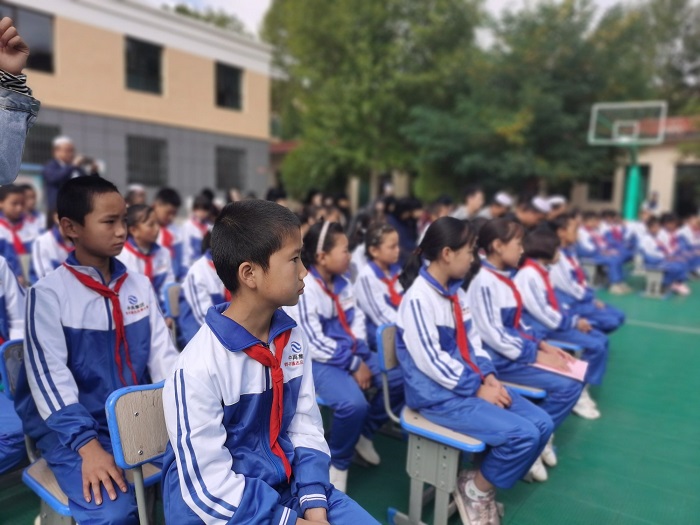 At the school education and donation campaign titled “Caring for Rural China” held on 15 September, China Re Group sent new school uniforms and school bags to more than 140 students in Guijilai Village Primary School, as well as sent refrigerators for food storage to the boarding teachers and students. 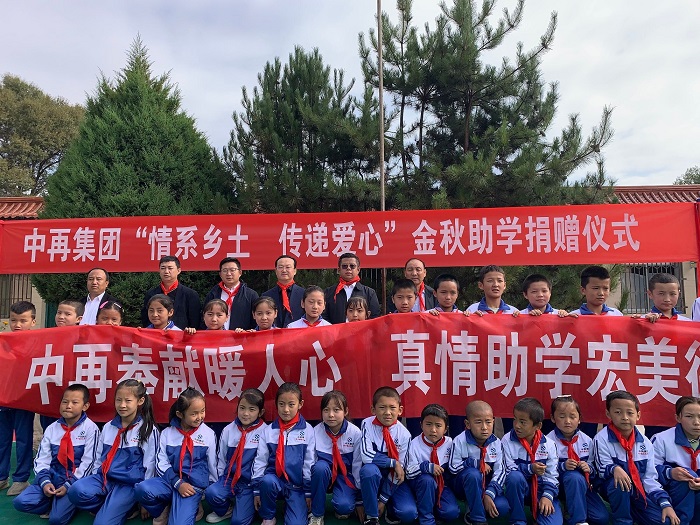 Han Pingsheng, Principal of Guijilai Village Primary School gave an introduction of the school, which was established in Guijilai Village, a poverty-stricken village in Xunhua County, in 1994. The school has a relatively weak foundation, and is the only school without school uniform among the complete established primary schools in Xunhua County. Students can only wear their own clothes to school for 26 years since its establishment. Being able to put on a standard school uniform is of great significance as to enhancing their self-confidence and shaping a good school image. On behalf of the school and students, Principal Han would like to express his respect and sincere gratitude to all the staff of China Re Group for their support and dedication.

With their new uniforms, students from Gujilai Village Primary School showed a smile on their face. They eagerly expressed that they would study well going forward to give back to the society.

At the donation ceremony, Wang Lei, acting deputy county head of China Re Group, talked about China Re Group’s Xunhua County assistance project and its work on poverty alleviation through education since 2002, and expressed his sincere greetings to the school, teachers and students on behalf of China Re Group.

This is the second consecutive year that China Re Group has carried out the school education donation campaign, which was fully financed by donations raised by the Group’s employees from the charity sale of unused items during the Spring Festival. On the one hand, the sale of unused items by employees was in line with the call of the Central Committee of the Communist Party of China to practice thrift habit, and helped the majority of employees realize again the value of the unused items that are “a pity to be discarded”, which promoted the development of internal circular economy. On the other hand, it introduced an innovative model of poverty alleviation and formed a long-term poverty alleviation mechanism to make poverty alleviation a sustainable task.