On 20 November, Yuan Linjiang, the Chairman of China Nuclear Insurance Pool (CNIP) and the Chairman of China Re Group, and Lord Timothy Stone, the Chairman of British Nuclear Insurance Pool (BNIP), signed a memorandum of understanding of strategic cooperation agreement between CNIP and BNIP in the Embassy of French in China. The signing ceremony was chaired by Richard Burn, HM Trade Commissioner for China of the Department for International Trade of UK, and was attended by the respective council units of the Ministry of Ecology and Environment (the National Nuclear Safety Administration), the National Energy Administration, CNNC, State Power Investment Corporation, China General Nuclear Power Corporation, BNIP, CNIP, as well as the leaders and representatives of China Re P&C. The agreement was jointly signed by Liu Yubo, the General Manager of CNIP, and Mark Popplewell, the General Manager of BNIP and the Secretary-General of International Nuclear Insurance Pool. 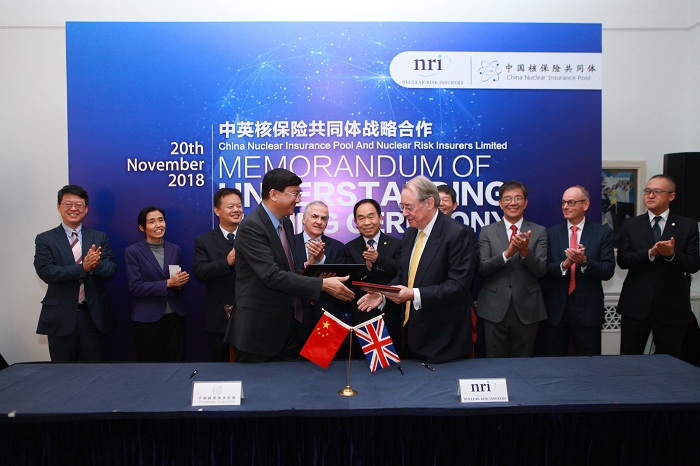 Yuan Linjiang, the Chairman of CNIP, stated in his speech that China has become a country with the fastest development in terms of nuclear power and the largest number of new nuclear power generating units in the world in the recent years. The nuclear power industry in China has speeded up the process of “Going Global”, including the investment in the construction of UK Hinkley Point C and other nuclear power projects. CNIP and BNIP, being the essential members of the International Nuclear Insurance Pool System, have established a close cooperative relationship. Their business cooperation involves over 80 nuclear power generating units in UK and China with an insurance value of over RMB1 trillion. The two countries have increasingly deepened their cooperation in the technological areas, and have established a mechanism of mutual inspection of nuclear power risks on a regular basis. CNIP and BNIP both have relatively greater influence in the area of international nuclear power insurance. BNIP is a daily operation center and the secretary general of Aggregate Target Committee of the International Nuclear Insurance Pool System, while CNIP is an essential member and a member of Aggregate Target Committee of the International Nuclear Insurance Pool System. He stated that the signing of the strategic cooperation agreement will effectively promote both parties to achieve mutual benefit and win-win cooperation at a higher and deeper level. CNIP would like to make a concerted effort with BNIP to take full advantage of the mechanism competitiveness of the International Nuclear Insurance Pool System in terms of diversifying catastrophe risks, and to serve nuclear risk management of the international community and security development of the nuclear industry.

Since the establishment for almost two decades, CNIP has strived to build a community of shared destiny for the international nuclear power industry and insurance industry by strengthening international cooperation. CNIP provides comprehensive insurance coverage and risk management services for all domestic nuclear power generating units in operation, and provides guarantee for more than 70% of nuclear facilities in the sectors of commercial nuclear power and nuclear fuel cycle across 27 countries and regions in 5 continents via long-term stable reinsurance cooperation. As nuclear risk is a very special catastrophe risk which needs to be managed and diversified in the most reliable and effective way, the nuclear insurance pool system has great advantages in that field.

The signing of the strategic cooperation agreement between the CNIP and BNIP marks that both parties will take further advantage of the mechanism strengths of the International Nuclear Insurance Pool in the area of nuclear risk management, enhance cooperation and actively participate in the national nuclear insurance business in countries along the “Belt and Road”, thereby providing a more comprehensive and more adequate insurance coverage and professional services for the development of domestic nuclear industry, and boosting the “Going Global” related works of nuclear power and equipment manufacturing industry. The implementation of strategic cooperation by CNIP and BNIP also helps CNIP to provide professional services for relevant national authorities and governmental departments leveraging on the international valuable experience, thereby promoting the legislation and construction of nuclear damage compensation and the establishment of emergency mechanism for commercial insurance’s participation in national nuclear incidents in China.

According to the strategic cooperation agreement, CNIP and BNIP will make a concerted effort to improve the bilateral cooperation. The major areas involved include:

2. being the partner of high priority in the area of international nuclear insurance to each other;

3. working together to improve the professional level of nuclear insurance underwriting and engineering technology areas;

4. working together to provide comprehensive insurance solutions including insurance coverage and relevant professional advices for the interest of Chinese enterprises in overseas nuclear power;

5. sharing professional information of the legislation of nuclear damage compensation and related international conventions, and relevant experience of emergency response mechanism for the nuclear insurance of material nuclear incidents, as well as assisting in promoting the construction of a nuclear damage compensation system and CNIP emergency mechanism for material nuclear incidents in China.

China has a total of 45 nuclear power generating units in operation so far, and has become a new nuclear power. UK is also implementing a development plan for nuclear power. Recently, the Office for Nuclear Regulation (ONR) of UK and the Environment Agency (EA) of UK jointly announced that the second stage of Generic Design Assessment (GDA) in UK adopting the Hualong I third generation technology, the intellectual property rights of which are owned by China, was completed, and the assessment is placing into the third stage. It is expected that, after passing all technological reviews, the Hualong I technology will be applied to the Bradwell B nuclear power project in the UK. By then, it will be the first time the nuclear power technology of China has applied to the nuclear power project in a western developed country. 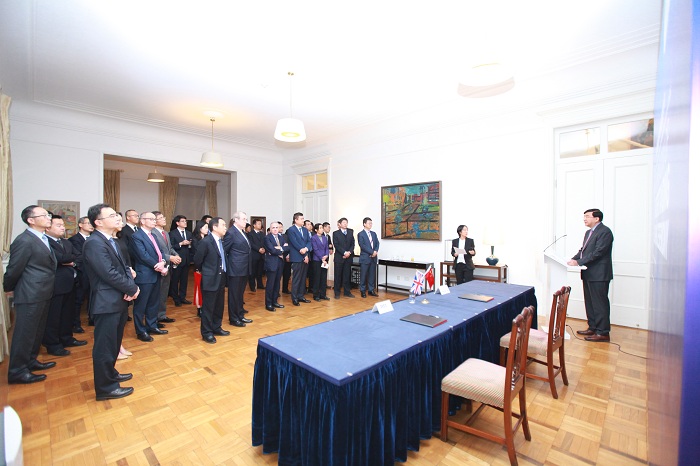 The signing ceremony was attended by Ye Horui, the Deputy Director of department of safety supervision of nuclear facilities of the Ministry of Ecology and Environment (the National Nuclear Safety Administration), Zhang Qingjun, the Deputy Director of the finance and accounting division of CNNC, Chen Qiming, the General Manager of CGN Capital Holdings Co., Ltd. and the Chairman of insurance brokers, Zhang Xiaohong, the executive member and the Secretary-General of CNIP and the Assistant to the President of China Re Group, Feng Xianguo, the executive member of CNIP and the Vice President of PICC P&C, Sun Haiyang, the executive member of CNIP and the General Manager of non-auto insurance division of China Pacific Property Insurance, Xu Ting, the executive member of CNIP and the Assistant General Manager of Ping An Property & Casualty, Zuo Huiqiang, the Deputy General Manager of China Re P&C (the management company of CNIP), and the representatives of the Nuclear and Radiation Safety Center of the Ministry of Ecology and Environment, China Nuclear Power Development Center of the National Energy Administration, State Power Investment Corporation and China Nuclear Power Engineering Co., Ltd., as well as the representatives of the Chinese and British parties.

China Nuclear Insurance Pool is an insurance pool organization that was established in Beijing in September 1999 with the approval of the CIRC and specializes in providing insurance coverage and risk management services in the field of nuclear energy. China Re Group is the chairman unit of CNIP. China Re Group, PICC P&C, China Pacific Property Insurance, Ping An Property & Casualty are the council units of CNIP. China Re P&C is the management company of the executive arm of CNIP. As of the end of October 2018, CNIP has a total of 20 members and adopts the joint-liability mechanism, with total assets of members of more than RMB2.2 trillion. 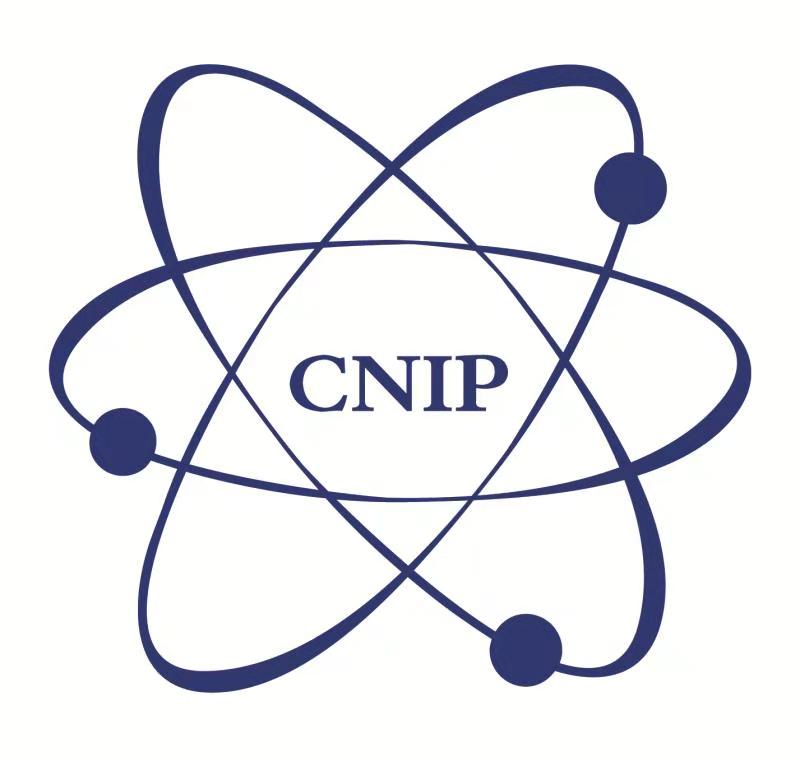 Since the establishment, CNIP has grown from strength to strength along with the nuclear industry of China. It actively pursues its mission on complementing and supporting the development of nuclear industry. Currently, CNIP provides an insurance coverage of approximately RMB0.8 trillion to the domestic customers, thereby effectively diversifying the potential risk of the industry in the stage of rapid development. At present, CNIP’s underwriting capacity for each risk unit of domestic nuclear insurance business is US$950 million, ranked second in the world; its underwriting capacity for each risk unit of overseas nuclear insurance business is US$380 million, ranking third in the world. In recent years, CNIP has actively participated in the public affairs of the International Nuclear Insurance Pool System, and its say on the international market has been increasing. CNIP also provides relevant professional supports to the NPC, the CBIRC, the Ministry of Ecology and Environment (the National Nuclear Safety Administration), the National Energy Administration, the SASTIND and other national authorities and industry regulatory authorities in the form of research projects and professional advices.